Chocolate Lovers, You Don’t Have To Feel So Guilty! 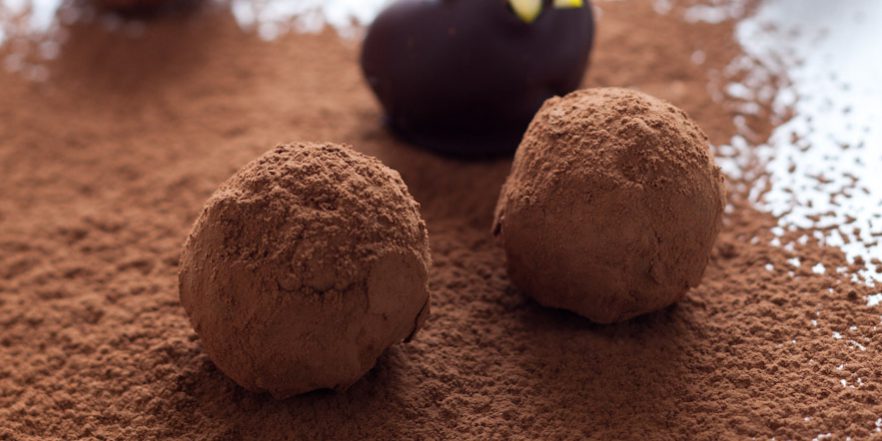 A good slab of dark chocolate is like a good glass of red wine.
It’s an acquired taste, but it’s very much worth it in the end, especially when it comes to your health.

Despite the connotations that chocolate causes weight gain, this ‘guilty’ treat has a lot of health benefits as well.

1.    Anti-aging
More chocolate means less wrinkles, according to a study conducted in the U.K.  Participants added 20 g of dark chocolate to their diet, which is rich in flavonoids (a class of antioxidants), and their skin was able to tolerate more harmful UV rays than participants on a normal diet.  One of the biggest causes of wrinkles, are UV rays.

2.    Stress relief
A study on 30 adults eating one average sized dark chocolate bar every day for 2 consecutive weeks, resulted in lowering levels of the stress hormone cortisol as well as catecholamines (else know as ‘fight-or flight’ hormones) in highly anxious people.  Eating a small amount of dark chocolate as part of your diet triggers an increase of the serotonin levels and endorphins in your body, which are both neurotransmitters that effects your mood.  Depression is often linked to a serotonin imbalance and endorphins can make you feel euphoric and stress-free.

3.    Blood pressure regulation
The researchers at the German Institute of Human Nutrition did a study on cancer (in the Potsdam arm of the European Prospective Investigation into Cancer) for ten years in which they found that participants who consumed more dark chocolate, had lower blood pressure and a massive 39% lower risk of having a stroke or a heart attack.  Beth Israel Deaconess Medical Center researchers believe that the consumption of flavanol-rich cocoa demonstrates an increase in cerebral blood flow.

5.    Healthy arteries
Atherosclerosis is a disease where fatty material builds up on the inner walls of the arteries.  Arterial stiffness, as well as white blood cell adhesion, is known to cause or play a large role in atherosclerosis. Dark chocolate, according to the Federation of American Societies for Experimental Biology, helps to restore the arteries’ flexibility.  It also helps prevent white blood cells from sticking to the walls of the blood vessels.

6.   Memory loss prevention
According to scientists at the Harvard medical school, hot chocolate improves blood flow to parts of the brain where it is needed, thus improving memory, especially in older people.  This blood flow relationship with the brain is called ‘neurovascular coupling’ and could possibly play a role in diseases such as Alzheimer’s.

8.    Metabolism
Researchers, according to the Journal of Proteome Research conducted at the Nestle Research Center in Lausanne, Switzerland, have also said that dark chocolate has metabolic and microbial benefits.  According to a study in Science Daily, dark chocolate was found to slow digestion, so you feel full for a longer period of time.

Although there are many benefits to chocolate, make sure you know the difference between a chocolate bar and a plain old candy bar.  When purchasing these delicious treats, try stick to high cocoa content and low to no sugar content – or even make your own!  The higher the cacao content and the lower the sugar content, the more health benefits it has in store for you.

Pair cocoa with some dates, and you won’t even miss the sugar!  There are thousands of healthy chocolaty, sugar free recipes.  We’ve listed a quick ‘date truffle’ one for you below.  Please try it, share your photos with us, and let us know what you think! For coating:
30 g sesame seeds to coat.
Or cocoa powder
Or dessicated coconut

Step 1: add all the ingredients into your food processor.
Step 2: pour over your coconut oil
Step 3: blend together.
Step 4: If mixture is still dry, add some more oil or a bit of water.
Step 5: once ingredients are well mixed, remove and roll ±3cm balls
Step 6: cover with sesame seeds/or cocoa powder/or dessicated coconut
Step 7: place in the fridge and enjoy (should last in freezer about 2 months)

See a few of our delicious, chocolaty desserts & treats below.  Give us a call or chat to us to cater your next event or market your foodie brand.