Jelly Beans – A Source Of Inspiration 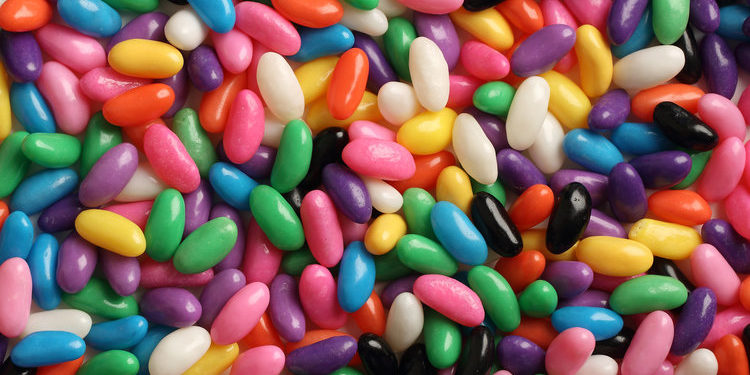 Jelly Bean lovers around the world may have the Turks and the French to thank for this many flavoured, all- American confection. The chewy centre may possibly derive from Turkish Delight, while the hard outer shell may have been inspired by French sugared almonds.   The name jelly beans first appeared in 1861, when an advertisement recommended sending them to soldiers fighting the American Civil War. Traditional jelly beans, egg-shaped and about the size of a red kidney bean, were sold first as Christmas sweets then, from the 1930’s , as Easter sweets. They came in just a few flavours, mostly fruit, although liquorice has always been popular. It was, of course, a U.S. company that produced the first ʺgourmetʺ jelly bean in 1976. Smaller than traditional jelly beans, Jelly Belly beans are richer in flavour and have taste and colour inside and out. Today there are more than fifty varieties of Jelly Belly beans available, including strawberry cheesecake, margerita, and a watermelon version with a green shell and a red chewy centre.   Reference: 1001 Foods You Must Try Before You Die – A global guide to the best ingredients. image: dineanddish.net